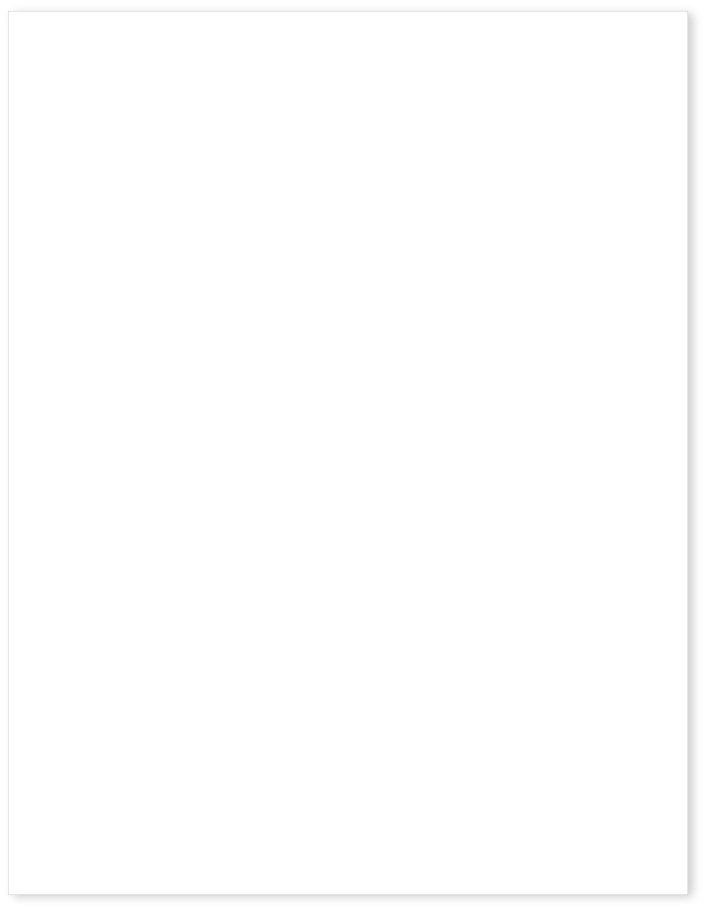 Autumn from the Four Seasons

Dance of the Cygnets

Dance of the Sugar-Plum Fairy

The Man I Love

See Amid the Winter’s Snow

Music for Flute and Piano

Arrangements for Flute and Cello 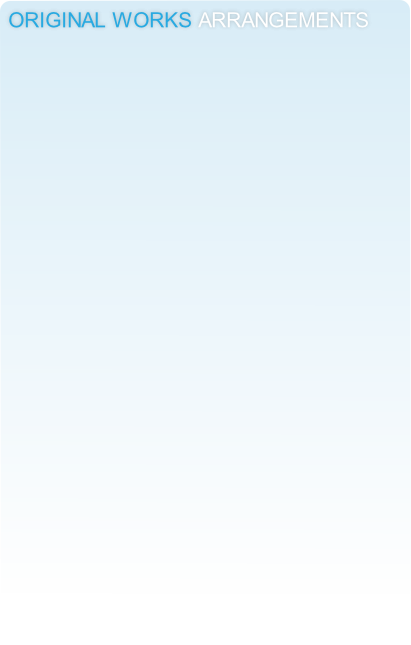 Zoë Booth began writing and arranging music for flute and other instruments in 2000; her first publications were released in 2006.

The flute choir pieces are highly in demand by British flute groups, and feature a wide range of well-known classical music and popular song titles alongside works by Zoë herself; her arrangement of ‘Bohemian Rhapsody’ has achieved widespread notoriety amongst flute groups, and is performed regularly at eager performances across the UK and on youtube.

Zoë’s own works for flute choir include Symondsbury Farewell, Breaktime Boogie, The Ash Groove and  Cafe Tango - each was written in response to a particular group of musicians, location or event, and these works are often explored within Zoë’s residential teaching courses and Flute Days.

Newer works include solos for flute (or flute plus piano); her newest pieces include Dinosaurs (ten dinosaur portraits for flute and piano/flute accompaniment, from Prep Test to grade four level), Jazzilienne for flute and piano - a jazzy version of Faure’s famous Sicilienne op. 78 - and Desire - a solo flute piece inspired, written and premiered in Sri Lanka in November 2010.

Zoë’s music is published by Pipeblower Publishing, distributed directly via the web and through the main UK flute sheet music stockists. 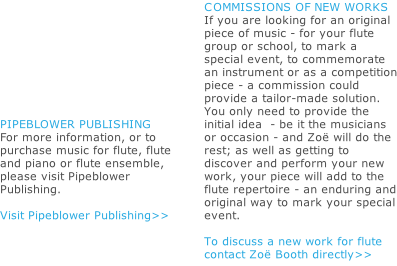